Tips for app monetization by Ads 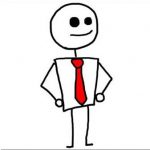 If your app is a paid application then display of Ads is a big NO NO. Besides that, if your app allows in-app purchases then you should ensure that once any purchase has been done, the Ads should be disabled.

This the most common mistake that almost every new developer does – trying to get clicks by accident or by “cheating”. For example you have a racing game where your user is expected to tap very often to collect boosts. And once in a while, instead of showing a boosts you are popping an ad. Similarly overlapping Ads with game content , buttons or placing them in such a way that user clicks on them by accident – all attribute to “cheating”.

Not only such clicks are often detected and are marked as “false clicks”, they dont give you any revenue. On top of that you might come in the red zone of your ad provider if you are doing it too much.

Video ads by structure are very intrusive. The user is kinda hijacked from the main application for sometime and you might actually loose him if he gets a little “too interested” in the ad. So the least you want is that letting your users hijacked without their consent.

A good way could be to ask your user if he wants to watch a video Ad and informing him in advance what he can expect in return. For example “Get 100 coins for watching a video ? ” with “Yes” and “No” buttons.

Based on past experience and on what I have heard from most of the developers : Banner Ads ( the 300×50 type Ads ) are really a waste. Not only they occupy costly real estate of your application, they dont result in much revenue either. Its that kinda money which you can let go for the sake of user experience.

Choosing your ad provider can be the single most important decision that can decide what you will take home as revenue. Ad providers’ effectiveness vary by region , audience , application genre and so much more. So you have to do some salt test before you finally decide on where to give your traffic.

No user will wait for eternity to see your ad. So the ad better be there ( prepared ) when it has to be shown. Then its not the time to send a request to fetch it. It should have already been fetched and cached. This is a smart way of showing Ads and making sure that your slots dont go vacant.

You can choose to show your other apps ad inside your application ( called in house ads ). While this may sound as a FREE ad – its actually not. Think of it this way, the same slot could have been used to show some ad that could have earned you something. So say you showed 100,000 in house Ads. Now consider this, that instead of showing these you had shown genuine Ads. With a CTR of 1% you would have got 1000 clicks. And for an average of 0.5 $ CPC this would mean a revenue of 50$. That is the money you did not earn because you showed your own Ads.

The question is – what if there is an Ad network that can get you more than 100,000 impressions for 50$ ? Wouldn’t it be wiser for you to run your “in house ads” as a paid campaign on that network and let your app do its normal monetization.

You might say hows that possible. Its possible because your app inventory might cost more than some other apps. If people are willing to pay more to get Ad slot in your app then you would want to earn from it and use that cash to do your own ads some where else.

Bottom line is that in house ads are NOT FREE and you have to be a little careful when to show them in which apps and when to give that traffic to others. 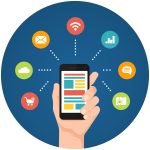